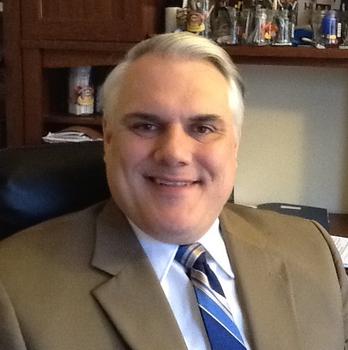 After leaving the District Attorney's Office in 1997, Attorney Zupancic went to work as an attorney at the law firm of Bassi & Associates, P.C., which would later merge into and become the firm of Bassi, McCune & Vreeland, P.C.  While at the firm Joe began a criminal defense practice, but also expanded his areas of expertise into real estate and banking; specifically, representing the interests of Charleroi Federal Savings Bank.  Near the end of his tenure with the firm, Joe Zupancic also took on the duties of being the Assistant Solicitor for Washington County from 1999-2000.

Attorney Joe Zupancic left the firm in the year 2000 to take on a position as Corporate Counsel at 84 Lumber Company.  While at 84 Lumber, Joe worked personally with owner Joe Hardy in the real estate development and construction division of the company.  During his work for the 84 Lumber, Joe also handled legal matters fro the Hardy's resort in Fayette County, namely Nemacolin Woodlands Resort and Spa.

In 2001, Attorney Joe Zupancic decided to go out on his own and opened the law firm of Joseph M. Zupancic, P.C.  For the past sixteen (16) years, Joe Zupancic has been representing the interests of the citizens of southwestern Pennsylvania and Washington County.

Since the opening of the firm, Joe has also taken on various responsibilities with the county government as a part of his practice.  He has served the county and the Pennsylvania Department of Welfare as Title IV-D attorney in domestic relations (child and spousal support) matters.  He has served as the Criminal Conflict Counsel for the court, thus representing indigent criminal defense clients that cannot be represented by the Public Defender's Office due to conflict of interest laws.  In 2012 he returned to the District Attorney's Office after the election of District Attorney Eugene A. Vittone, II.  From 2012-2013 he served in the DA's office as an Assistant District Attorney.  In 2014 he was promoted to the position of Deputy District Attorney.  Later that same year, he left the DA's office in order to pursue his private practice full time.

Attorney Joe Zupancic will bring his 23 years of experience to your case.    For over two decades Joe Zupancic has been serving the legal needs of the citizens of Washington County and the other counties of southwestern Pennsylvania.

Over that time period he has served for five (5) years as an Assistant and Deputy District Attorney, and over seventeen (17) years in the practice of criminal defense law.  Although he has prosecuted and defended all manner of criminal cases up to an including first degree murder cases, he has distinguished himself in the areas of DUI and appellate work.

In 2001 the law firm of Joseph M. Zupancic, P.C. opened its doors and has been serving the legal needs of the Washington County Community.